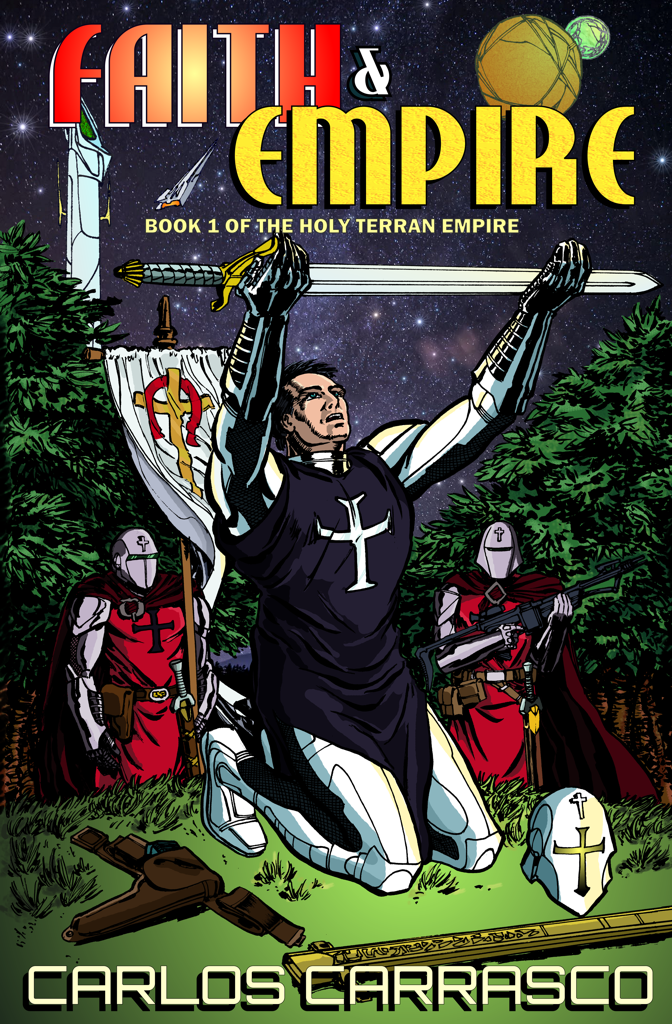 Christmas that year was a small and intimate celebration with my parents, grandparents on my mother’s side and the young twins. After Christmas I hit the road, visiting for two or three weeks at a time with various branches of my extended family. The trip led me across all three Southern Unions of North America as well as occasioned the crossing of the Pacific to spend two weeks with Uncle Bruno and his family in Brisbane.

I returned home in time to join mother, father, grandfolks and the young twins on a road trip to the Neo England Union, where my grandmother, on my father’s side, played host for Passion Week and Easter at her home on the Garden Isle of Staten. That trip officially completed my farewell tour of the extended family.

Afterwards, the immediate family returned to our home in Georgetown Diocese of Union Dixie to spend two weeks together. My parents, bless their hearts, were over solicitous those final weeks, practically waiting on me hand and foot. When my mother wasn’t cooking me my favorite meals, my father was taking us to my favorite restaurants. They proffered me all manner of advice and admonishments as if they were trying to cram in as much parenting as they could into those last days I would spend living under their roof.

Even my mother’s usually taciturn father spent little time in his booklined study during that time. Instead he joined in the family games and conversations, regaling us with stories from his career in the Solar Defence Force. I had heard most of them before and memorized the various bits of wisdom grandpa had distilled from his experiences. However, I listened to them again gladly and paid him particular attention when he broached a new subject.

“You be extra careful about fraternities, my boy,” he warned me out of the blue. “Don’t get me wrong, boys away from home for the first time, trying to make their own way in the world; it’s only natural that they will cluster into fraternities and clubs or gangs, if they’re of a criminal bent. Only natural. Most of these fraternities at academies like Golan Heights, or the ones at our own Citadel or VMI, most of them are harmless. Some of them are even good and useful. You can win yourself life-long friends in a fraternity. I did. So did your father.

“But they’re not all good,” my grandfather continued with an emphatic shake of his thick index finger. “Be wary of those who insist on your dignity as the price of admission.”

“Yes, you know what I mean,” he said emphatically. “Steer clear of boys who demand you get blind, blackout drunk or take a paddling to join their group. Be especially wary of the latter sort. There’s something fundamentally wrong with boys who get off paddling each other. It ain’t natural, if you catch my drift.”

“I don’t think I want to go anywhere near that drift, Paw-Paw.”

“What did you have to do to get into your fraternity, Paw-Paw?”

“I had to spear me a wild boar, that’s what I had to do,” he answered, striking his chest twice with a wide-splayed hand. “And I had to volunteer a hundred hours at the upstate home for infirmed priests.”

“You killed a boar by yourself?”

“No,” my grandfather answered. “There were three older boys with me who helped kill it. But I was the pledge, so I was on point.”

“Wow,” I said and then called over my shoulder to the dining room where my father was helping mother set the table. “Did you have to do anything like that dad?”

“No, my fraternity got its pork from the commissary like civilized folk,” my father answered.

My grandfather snorted derisively and my father chuckled before continuing. “My fraternity was a sports orientated outfit. They sponsored a grueling triathlon every year for those who wished to join. The first twelve across the finish line, the ‘Dirty Dozen’, they called us, we won ourselves a place in the fraternity.”

“Your father came in eighth out of a pack of three-hundred and fifty-two,” my mother added.

“I thought so,” my mother added with a wink at her husband.

My father smiled warmly. “Thank you son, and you too, hon. As to Paw-Paw’s point, he’s absolutely right. You’re going to be meeting a whole lot of new people. The further you get from home, the wider the world you’ll find. It behooves you to enter that wider world with eyes just as wide open.”

“We’re not worried Zeph,” my mother said. “You’re a smart boy, a smart young man, I should say. We raised you proper. You know right from wrong. Not everyone does however. Many blur the line between the two. It’s not always knowingly or from wicked intent.”

“Sometimes it is,” Paw-Paw interjected.

My mother conceded the point with a nod before continuing. “Sometimes, yes. Most times, they just don’t know better. Either way, it can be easy to be swept along by a crowd or a charismatic, would-be free-thinker.”

“There’s no path but ye olde straight and narrow for me, mom. You should know that by now.”

“We all know that,” my dad said as he put down the last desert spoon. “We just like to hear you say it. Now go fetch the twins so we can eat.”

On Easter’s third octave, I bid farewell to my priest and parish. They threw a little brunch shindig for me after Mass. I spent a few, heartwarming hours accepting congratulations, well wishes, prayer cards, holy medals and a very generously loaded credit disk.

Ever since receiving the invitation to study at Golan Heights Military Academy, I had been so looking forward to the life ahead of me that I never gave much thought to the life I was leaving behind. Near the end of the brunch, when I had a moment to myself, I sat back and surveyed the crowded church hall. Seeing my parish gathered to bid me good luck and God’s blessing, I was suddenly and sharply struck by how much I was leaving behind. I confess I was overwhelmed by the outpouring of love. It humbled me as few things had up to that point in my life.

Father Sao Paolo sat down next to me while I basked in profound gratitude. The small, silver-haired priest slapped my thigh a couple of times and said, “That’s quite the crowd you’ve brought out, young man.”

“Thank you Father,” I responded and then paused to swallow the lump of emotion threatening to burst out in a sob. Hot tears welled up in my eyes as I continued. “I will miss y’all too.”

The old priest gave me a broad smile and a few silent seconds to compose myself. “You know Zeph, Golan Heights is going to teach you everything that has ever been taught about Just War Theory. They’ll cover everything and everyone from Saints Ambrose and Augustine and Aquinas as well as the Protestants Luther, Calvin and Grotius and the numberless slew who’ve come after them.”

Father Sao Paolo fixed his familiar and gentle gaze on me before continuing. “But if you will indulge your simple parish priest his two cents worth, I would advise you, that all jus ad bellum theory aside, the individual soldier has but one means of determining whether what he does is just or not in the eyes of our Lord.”

My emotions under control, Father Sao Paolo had my full attention.

The priest turned his head and with a hand gestured at our fellow parishioners. “They must be your motivation for whatever you do as a soldier.”

I looked over at my fellow parishioners happily chatting away in varied clusters. When I turned back to the priest, Father Sao Paolo continued.

“Whatever you do Zephyrinus, it must be done for the love of them, to secure their liberty and their lives from any enemy who would rob them of either. If, God forbid, your vocation leads you into war, then love must lead you into the battlefield. If, instead, you allow hatred of the enemy to become your motivation, you will make a mockery of your vocation, and your actions, however justified militarily, will not be found just in our Lord’s eyes.”

I nodded slowly, gravely. I internalized my priest’s words with a deep inhalation. Exhaling, I said, “Yes, Father. I will remember.”

The next day, I was unable to hold back the tears when I said my goodbyes to the twins Fabian and Faustina and my parents, immediate and grand. My face was damp with tears when I boarded the transatlantic transport to begin my new life in the Kingdom of Jerusalem.

If You Have Enjoyed FAITH & EMPIRE, You Will Love My First Novel: 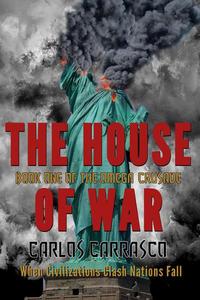