Thanks to  The Law and Religion Forum for the heads-up on the next must add to my to-be-read list. 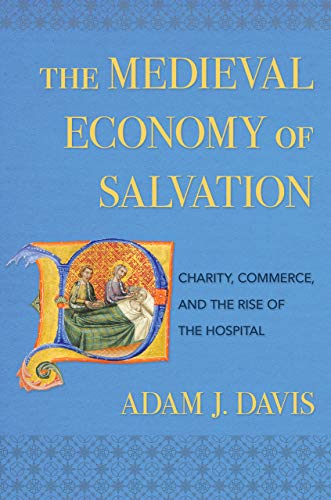 From the book’s amazon page:

In The Medieval Economy of Salvation, Adam J. Davis shows how the burgeoning commercial economy of western Europe in the twelfth and thirteenth centuries, alongside an emerging culture of Christian charity, led to the establishment of hundreds of hospitals and leper houses. Focusing on the county of Champagne, he looks at the ways in which charitable organizations and individuals—townspeople, merchants, aristocrats, and ecclesiastics—saw in these new institutions a means of infusing charitable giving and service with new social significance and heightened expectations of spiritual rewards.

Hospitals served as visible symbols of piety and, as a result, were popular objects of benefaction. They also presented lay women and men with new penitential opportunities to personally perform the works of mercy, which many embraced as a way to earn salvation. At the same time, these establishments served a variety of functions beyond caring for the sick and the poor; as benefactors donated lands and money to them, hospitals became increasingly central to local economies, supplying loans, distributing food, and acting as landlords. In tracing the rise of the medieval hospital during a period of intense urbanization and the transition from a gift economy to a commercial one, Davis makes clear how embedded this charitable institution was in the wider social, cultural, religious, and economic fabric of medieval life.

Thank God for the ‘Dark Ages!’