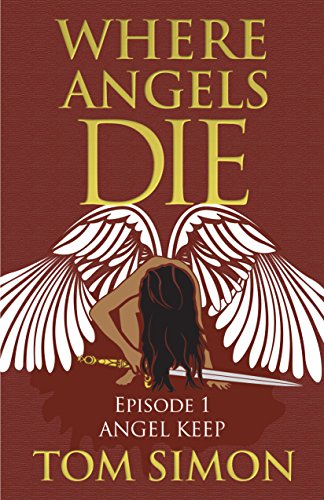 ‘A demon is the spirit of a bad idea. The Taken are just its victims. If they kill you, you lose. If you kill them – you lose. The only way to win is to kill the idea itself. That’s where we come in.’

So says Badger Brock, the senior Paladin/Exorcist to Lord Urdin, Chief of an elite company of mounted warriors who prefers to count his enemies on ‘…the end of his spear!’

Thus is the drama for this splendid fantasy novella set up.

A demon scourge is spreading across the the world and with it, an undying winter that starves the land of life. Worse yet, the people in these dying lands are being possessed and turned into gray-skinned, zombie-like monsters. Killing them is pointless to say the least. Slaying the possessed, the Taken, buys the briefest of reprieves before the corpse is re-animated or the demon jumps into another nearby host. Either way, the original soul Taken by the demon is lost, to be forever devoured in hell. The Paladins, a class of warrior/exorcist, can with some effort, save these souls and cast the devils back to the hell from which they crawled if hot-headed Counts like Urdin will allow them the time. Only time seems to be in as short a supply as are Paladins themselves.

The tale follows two such Paladins, the seasoned Valerian ‘Badger’ Brock and his young Probationer, Revel Enfield, who have been sent to Angel Keep, a fortress on the war front. Though we never learn what these ‘bad ideas’ that call forth demons are precisely, we are introduced, through the healing ministrations of these Paladins, to the intriguing notion that the Taken bring possession on themselves through the committing of some grave sin. This added dimension alone raises the story above the usual apocalyptic hack-n-slash through zombie land yarn.

Then there is the writing itself which distinguishes this work from much of its genre. The prose is crisp and clear. The dialogue is lively and often very witty. The prose and dialogue served the plot and its pacing very well through to the story’s satisfying but all-too-soon a conclusion; by which I mean the author didn’t resort to the cheap tactic of a cliff hanger but still left you wanting more!

Hopefully the promised sequel will not be long in arriving.