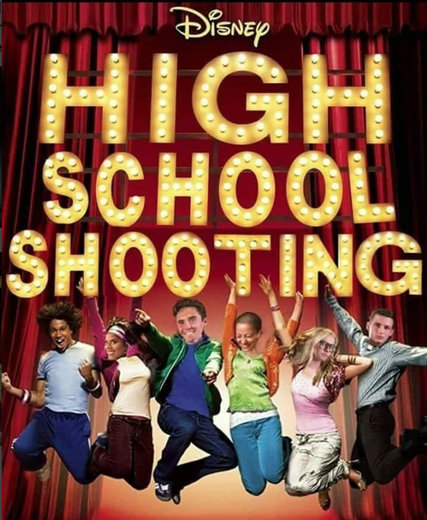 I guess we can consider yesterdays cross-the-country, anti-Second Amendment Student Walkout the second act of the Parkland’s Marjory Stoneman Douglas High School Shooting Tragicomedy. If you’ve lost track, the shooting would be the tragic part. The  darn guns are to blame narrative would be the comic part. But don’t laugh too hard because Big Nanny is watching and her Ministry of Truth… um… I mean google is just itching to de-platform anyone who doesn’t heartily join the Two Minutes of Hate for the dreaded and, dare I say, deplorable NRA.

Don’t believe it? Well, you might want to watch this video before YouTube’s censorship crusade flushes it down the memory hole.

Now to be fair, the Stoneman Douglas HS Shooting narrative doesn’t have as many discrepencies and holes in it as does the official narrative for the Las Vegas Shooting, but give them a few more weeks.

Meanwhile, the folks at Anonymous Conservative propose a disturbing possibility for what really happened in Broward County Florida.

CIA Hypno-Programmed Killers? Police and/or military strike teams shooting up schools in a black flag psy-op to ratchet up support for gun control?

A mere twenty years ago I would have dismissed such speculations as the fantasies of the Tinfoil Dunce Cap Tribe, but today, I must take them seriously. In fact, I would count myself a fool if I didn’t.

The recently released Nunes Memo has suggested, rather convincingly, that American Intelligence Agencies have been weaponized in the service of the DNC and their globalist masters. I mean really, it wasn’t so long ago that the IRS was caught red-handed targeting Conservative groups and individuals for harassment.

In short, there is no ‘crazy conspiracy theory’ that can be dismissed out of hand anymore. Not when one learns that even our beloved US Military once considered murdering their own fellow Americans to drum up a  War With Cuba!

It’s enough to make one question the official 9/11 narrative.

Social Media Gate Keepers   Are Working  overtime to quell any alternative to the official narrative of the latest school shooting but the genie is out of the bottle and wreaking havoc with the credibility of every institution under the sun.

And with the credibility and the competence of said institutions being so dirt-low, now would not be the time any sane individual would even consider disarming.